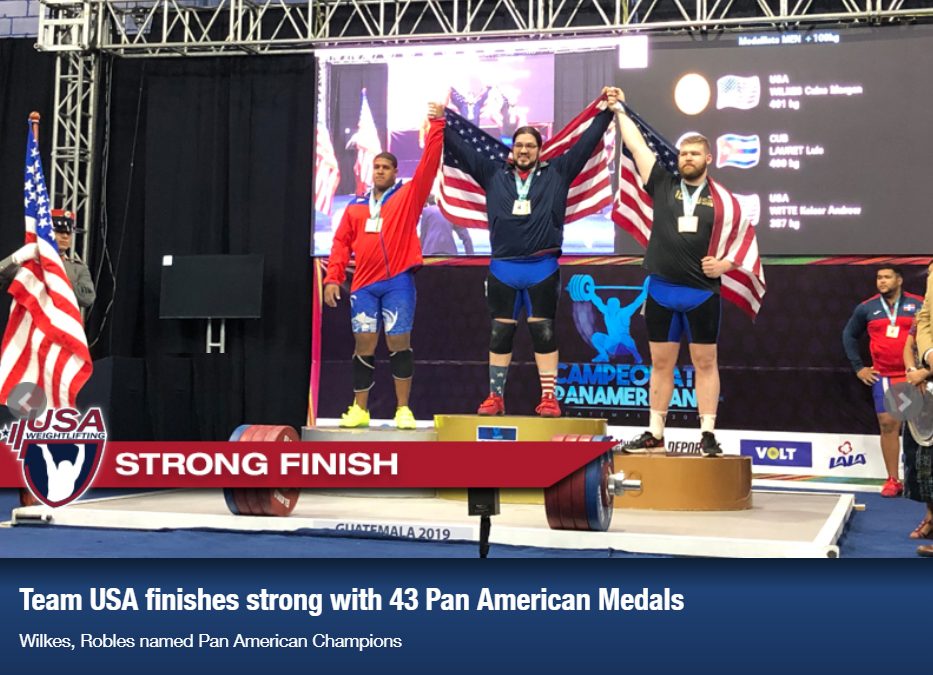 People often ask me why the U.S. is behind some of the other countries in weightlifting.  Well, first of all, I really do think we are making major strides toward moving up in the world.  Our rankings are steadily on the rise.  Our most recent performances at the Pan Ams and Worlds as well as Youth and Junior successes are a good indication of that positive, upward move!

In my eyes, there are many factors that lead to success as a nation in our sport.  The first factor that most people consider is, oh yeah, the other countries are still using drugs and we are trying to be as drug free as possible.  Granted, that may be one factor, but other factors are an influence as well.

More about the drugs in a minute, but let’s consider some of the other factors.  I think one of the major things to consider is our lack of a “national” plan.  Most of the very successful countries in weightlifting have a national plan that all of the local and regional clubs feed into.  There is a plan where everyone is on the same page with the same basic philosophies and strategies setting the stage for success at the national and international level.  The U.S. is doing well and improving, but it is pretty much a system of individual clubs doing their own thing and not really on a “national” plan.

Another factor is the lack of state support in the U.S. that the other countries are able to take advantage of.  We are doing better with supporting our athletes financially, but it is still difficult if not impossible for our athletes to make a living at our sport.  Matt Frazier was a darn good weightlifter for the U.S. but now is making a lot more money as the top Crossfitter in the world!

Weightlifting has definitely gotten a lot more visibility and acknowledgment in the past 5 years or so and we have Crossfit to thank for a majority of that increase.  Not only are more adults exposed to our weightlifting movements, but now many more folks actually know what a snatches and clean and jerks are.  The best part is that is the adults doing Crossfit are exposed to weightlifting, then future generations will have a clue what we are about as well.

Weightlifting in our country is certainly on the rise.  But we continue to have questions about other countries having an unfair advantage using drugs while we in the U.S. are on a very stringent testing policy.  Until the playing field is leveled where everyone around the world is on that same stringent testing policy, it will continue to be one of the factors making it difficult to compete at the highest international level.  Performance enhancing drugs work and will continue to be a factor as long as some countries are able to get away with it while others cannot or will not.

That being said, U.S. athletes need to continue to train and compete drug free.  We need to continue to educate our coaches and athletes to do all the positive things they can do legally and ethically to get as close to the same results that performance enhancing drugs can get you.  Drugs are a short cut where one can cut corners so we have to continue to advocate proper training that covers these same bases.  It is a longer route to success, but it can be done with patience and proper training.  Push for better nutrition, proper hydration, consistent recovery methods, more mental training, plus intelligent training methodologies for the U.S. lifestyle.  Create an environment where athletes can thrive and succeed on a consistent basis while doing the right things, the right way.

Our East Coast Gold team motto is “Train Hard, Train Smart”.  That means you have to put in the work and be able to deal with the hardships that top level competition requires.  But you have to do it the smart and correct way.   Training smart means consistently doing the things the right way for consistent success.   Love to see the U.S. continue its rise to the top!